RJDM founder Ricky O’Donell commissioned me to both design and develop a brand new website for his fledgling new business Success Leaves Clues. The key aspect of the brief was speed. We needed to get a new site up and running as quickly as possible.

Once again we turned to my framework to speed the project along, while ordinarily I would set about producing a full design, exploring all aspects we could possibly think of there just wasn’t the time. At the point of starting the project we couldn’t decide upon what content was going to be seen, and with Ricky’s overactive enthusiasm in full effect this was an interesting task.  Firstly to produce an abstract design, producing a theme with which he could spend time inputting the content as it was thought of.

One of Ricky’s designers Ben had already defined some basic elements that formed a brand so it wasn’t entirely blind, but I had to really put my thinking cap on and consider the elements that would be needed in order to set content, which at the time, we had no set parameters for.

Therefore after a swift design stage we had the basic look and feel and the required elements (grid layouts, column based content, interactive tabs) figured out I set about the build. As has become the norm now when using my framework I was able to get the guts of the site developed ready for Ricky to add in content within a week of completing the design. Of course within that week we had both extended the Building Blocks and discussed additional elements we would like to build into the theme – such as full frame video and even the possibility of developing in a shop.

What really brought the site to life was the resources Ricky has at hand enabling him to generate amazing video content and fantastic imagery which really makes the site pop.

On a recent visit to Miami Ricky even convinced Grant Cardone to have him up on stage and show off the SLC brand and website to a packed auditorium of global business leaders motivating him to start putting in place his own SLC Live conference set to happen later this year! 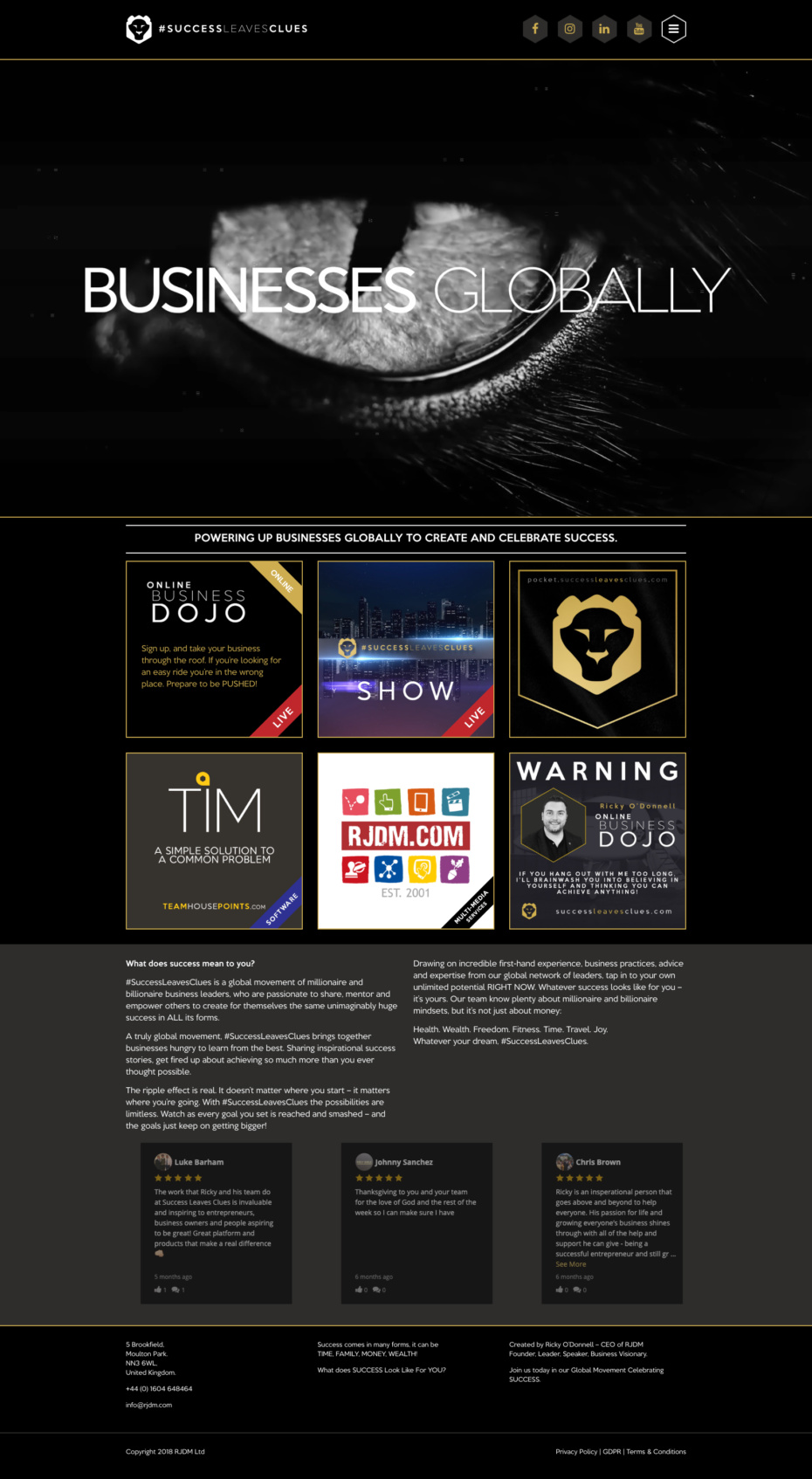 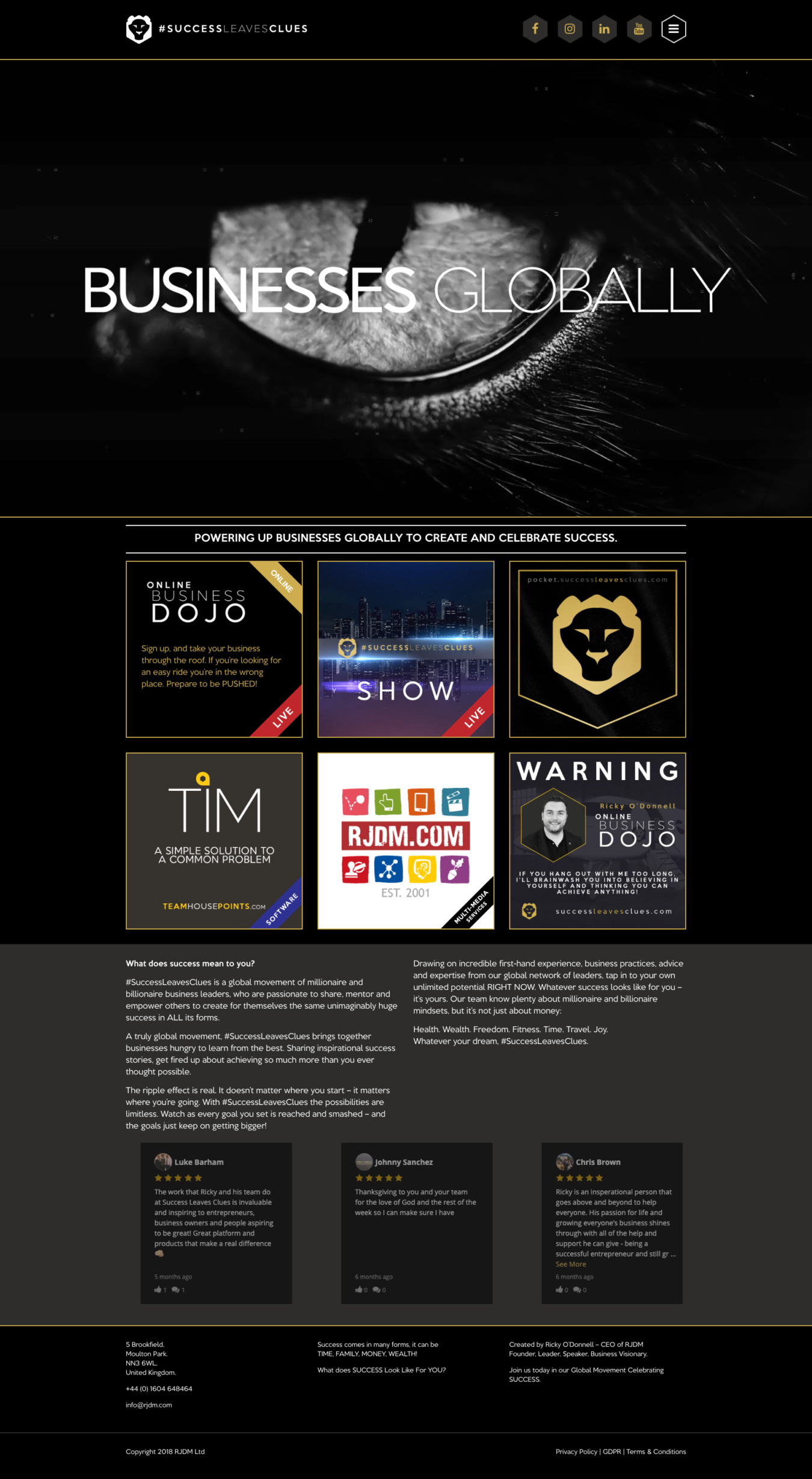 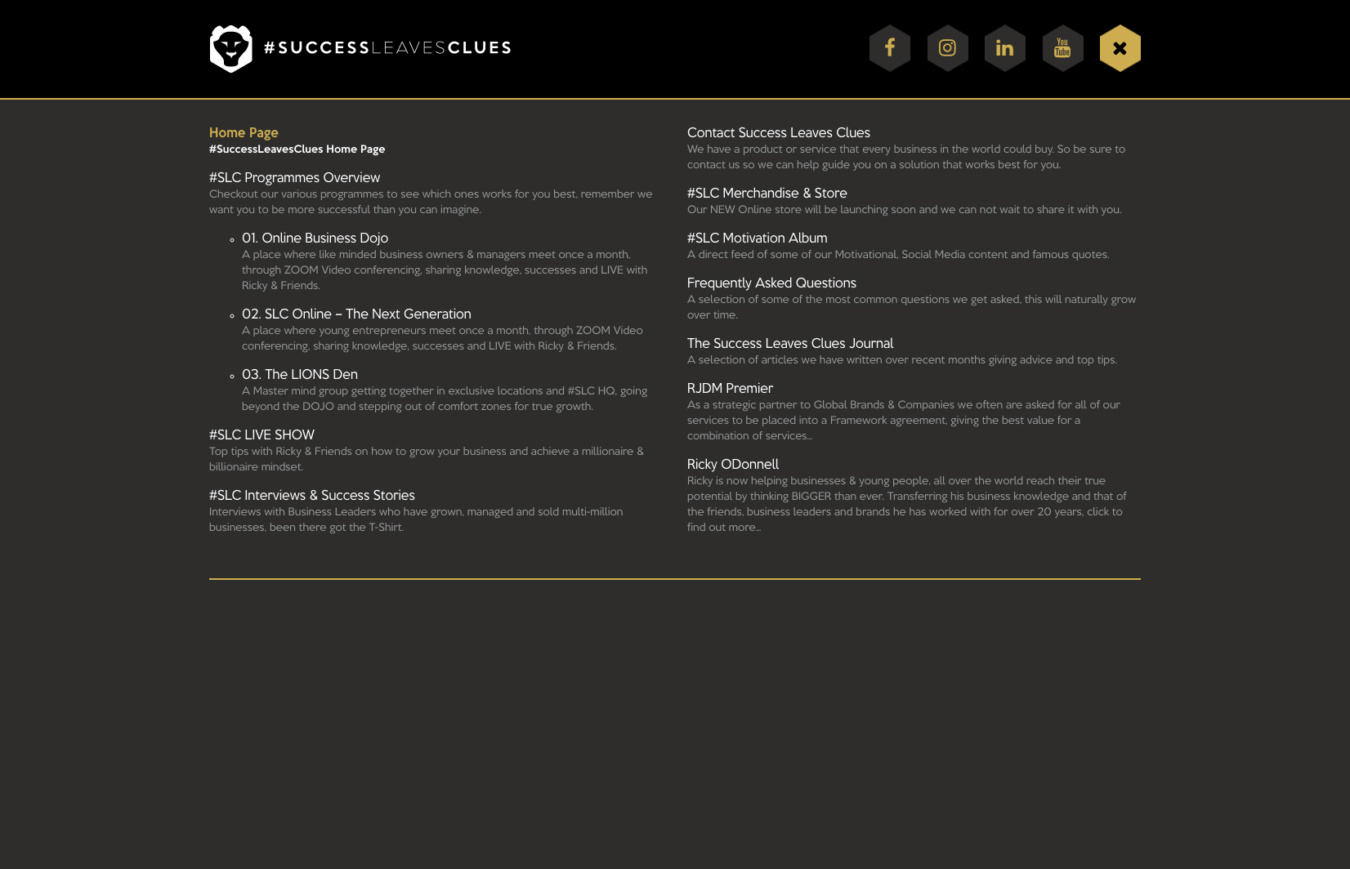 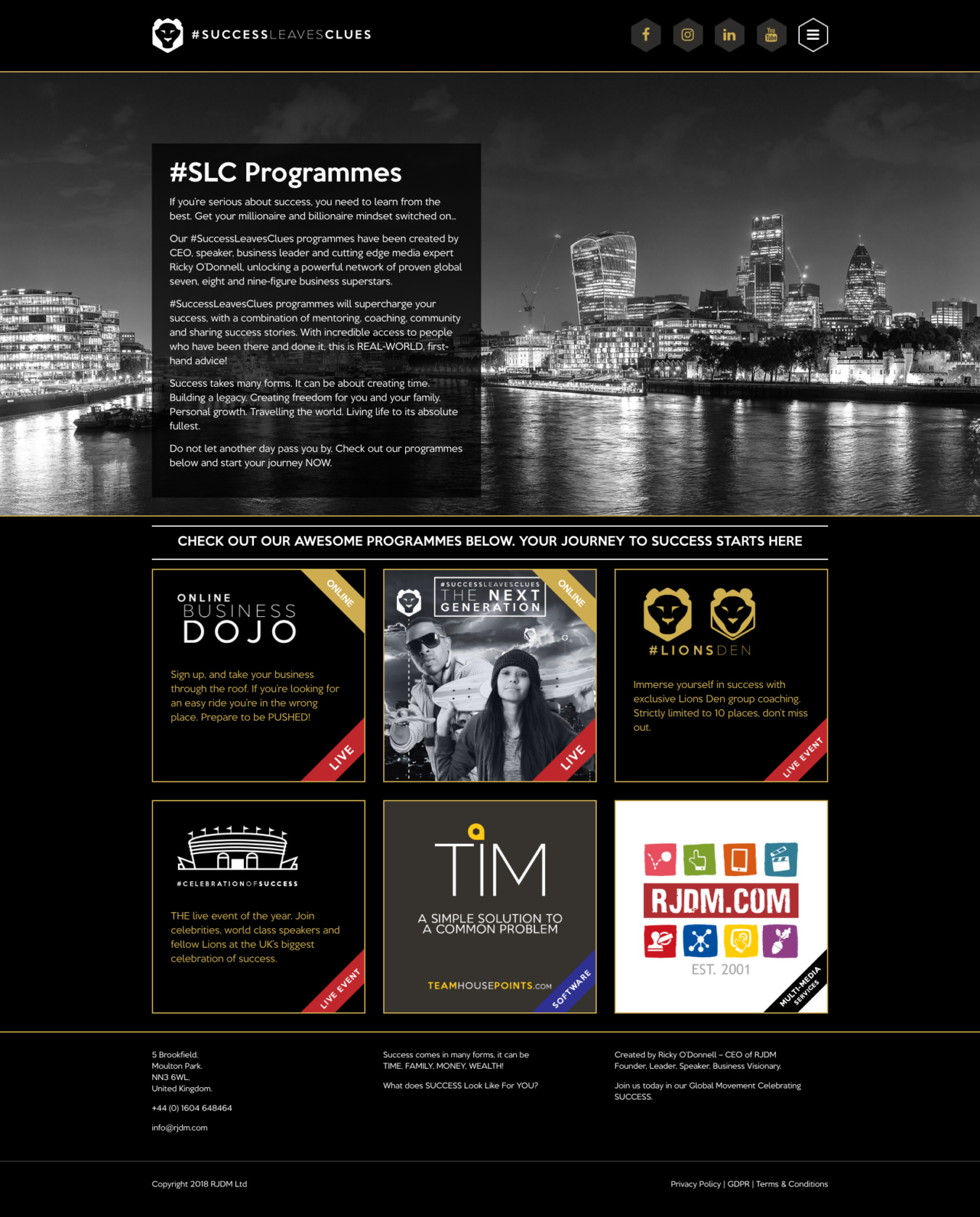 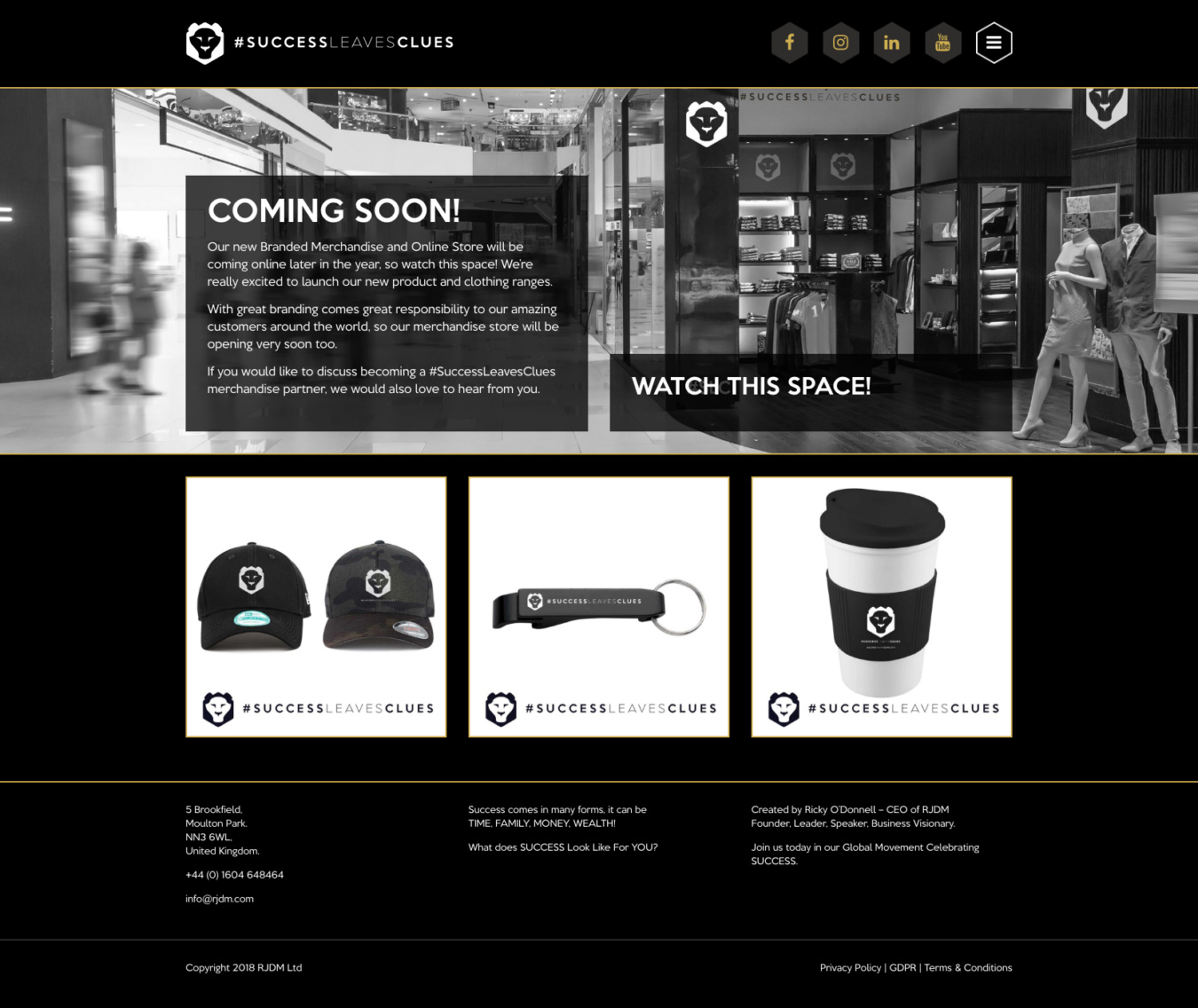 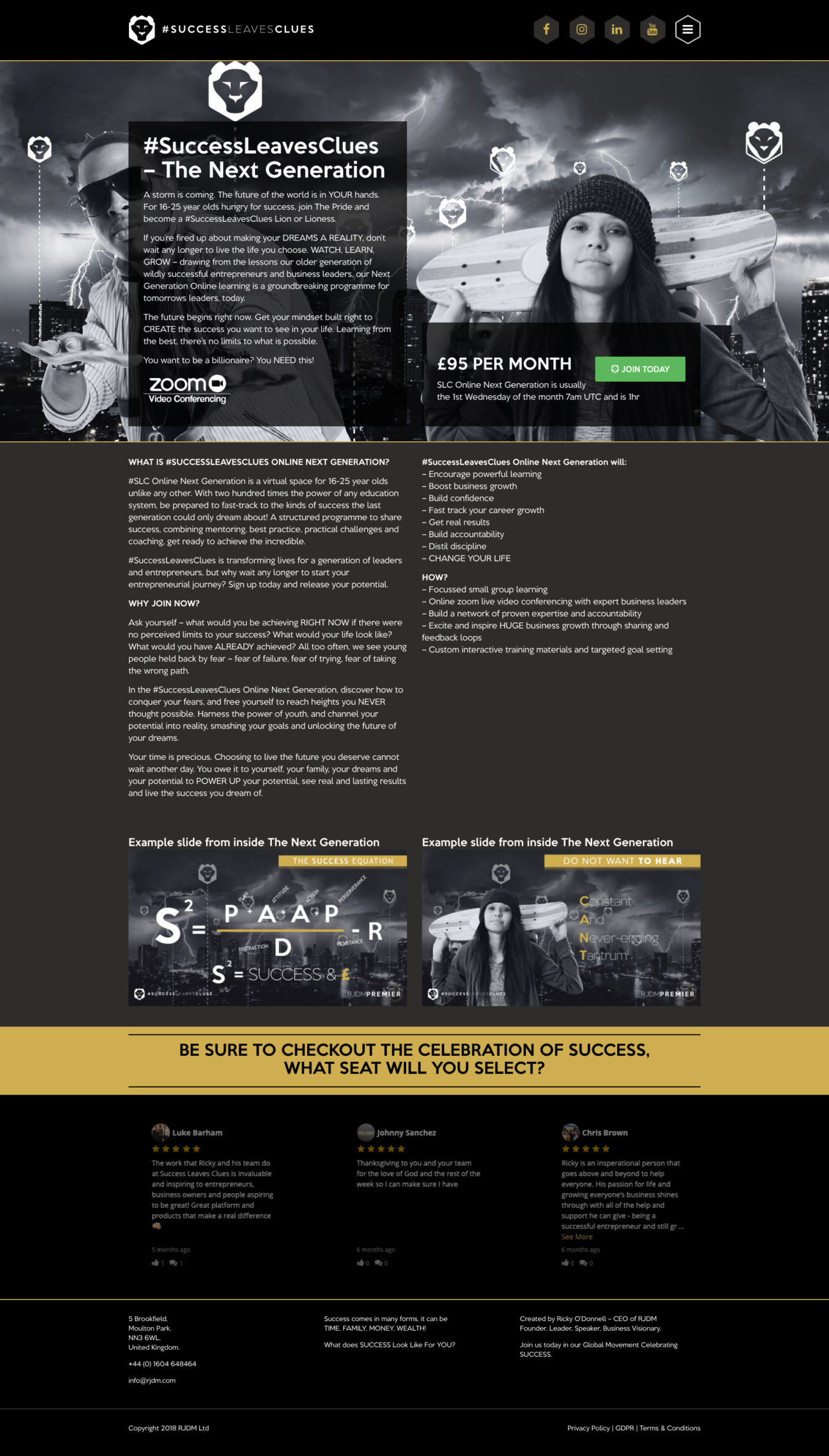 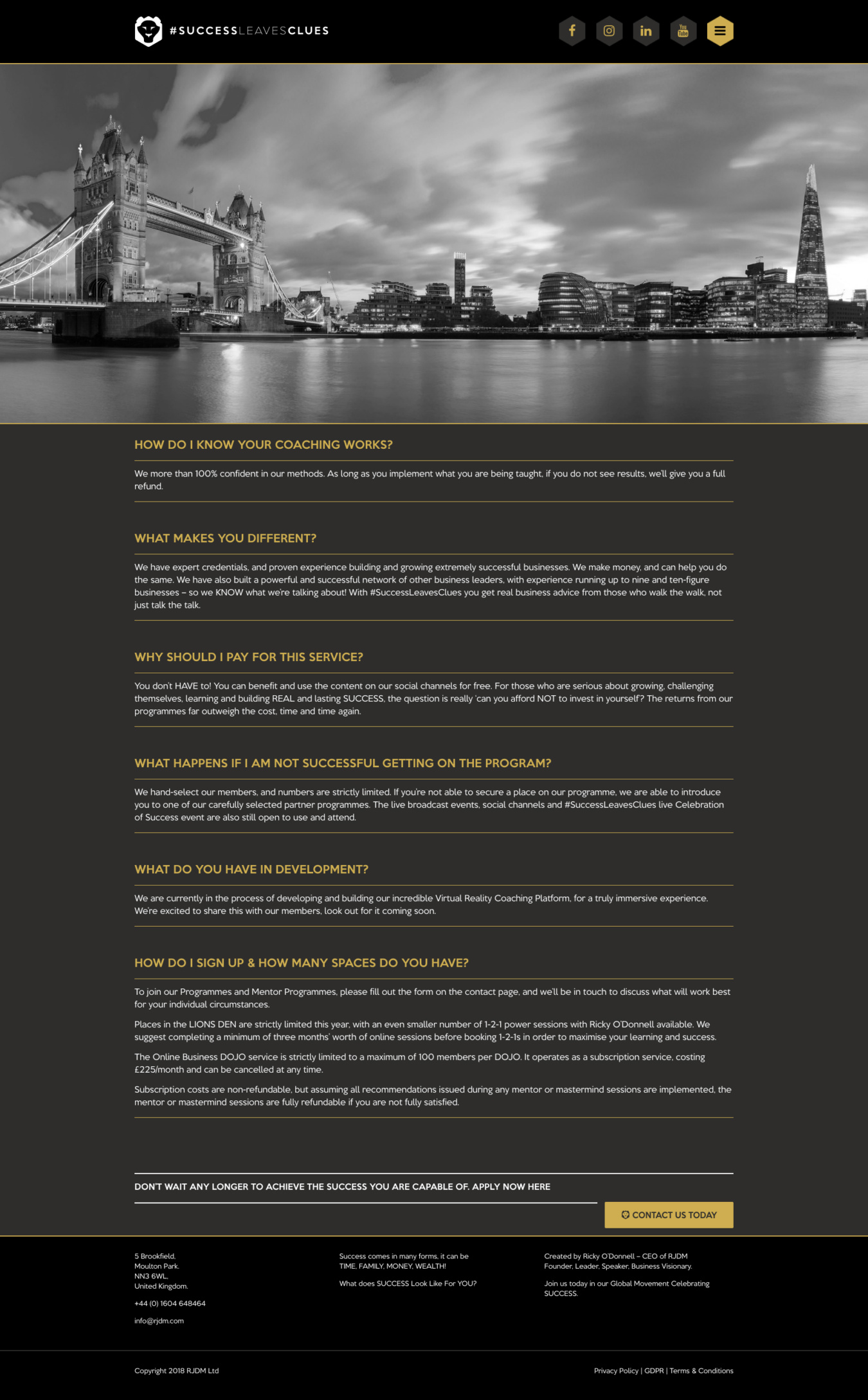 If you’re in need of a new website, or an agency searching for a freelance digital resource, please get in touch. I’d love to discuss working with you and bring your ideas into reality.